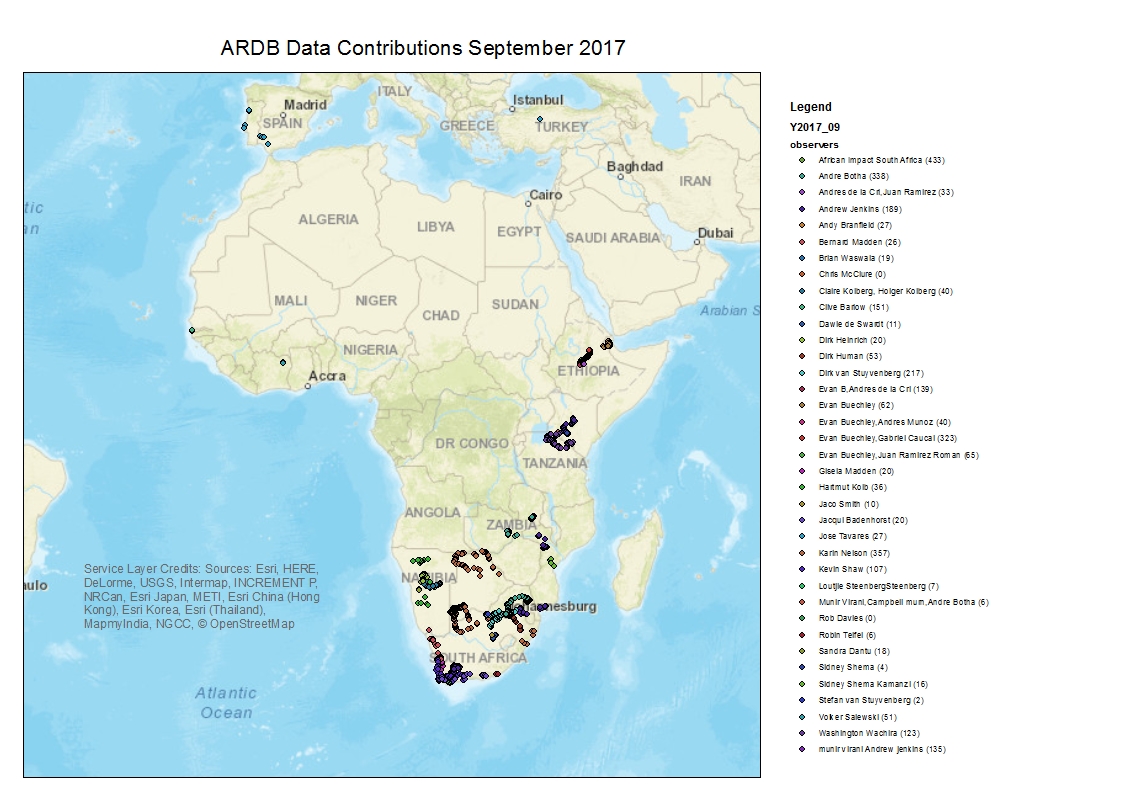 This month saw a surge in contributions to the ARDB with a 3-fold increase on last months contributions. A real highlight this month was receiving data for Djibouti and Ethiopia from road surveys and the big migration count conducted by Evan Buchley, Andres de  la Cruz, Juan Ramirez, Gabriel Caucal and Andres Munoz  who collectively submitted 662 observations. As well as several other raptors, the team recorded 6 species of vulture in Ethiopia- White-backed, Hooded, Rüppell’s,  Bearded, White-headed, Lappet-faced – five of which are now considered endangered or critically endangered. By contrast, in Djibouti only Egyptian Vultures (also endangered) were observed along with a variety of other raptors that included Verreaux’s and Bonelli’s eagles. 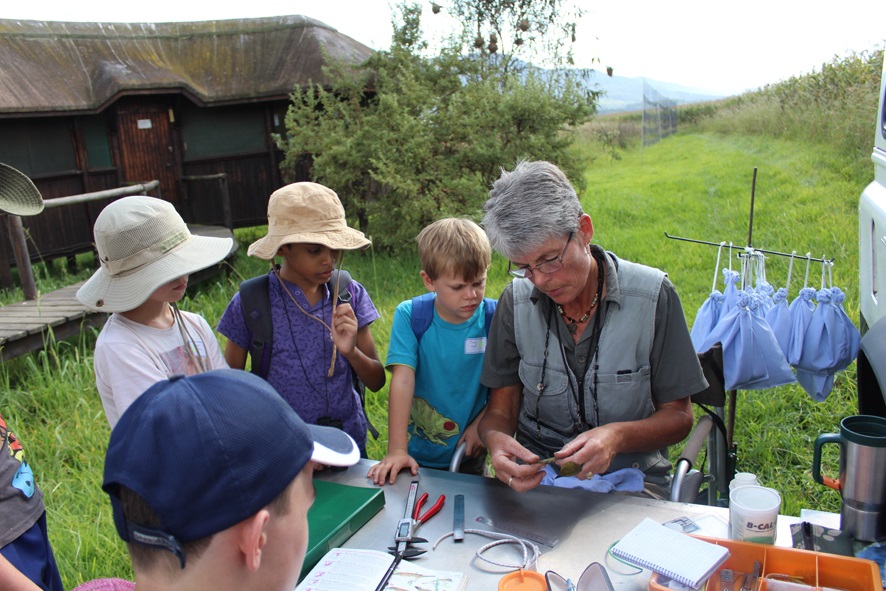 Another large contribution was provided by Karin Nelson from various roads and reserves in Botswana and the Kgalagadi Transfrontier Park in South Africa. Karin Nelson is a qualified bird ringer and regular contributor to the ARDB and is pictured above running an activity day at the Karkloof Conservation Centre, South Africa. We also received incidental observations as spreadsheets from Sidney Shema Kamanzi for Nairobi National Park in Kenya and from Volker Salewski for Parc National de la Comoé in Cote D’Ivoire. 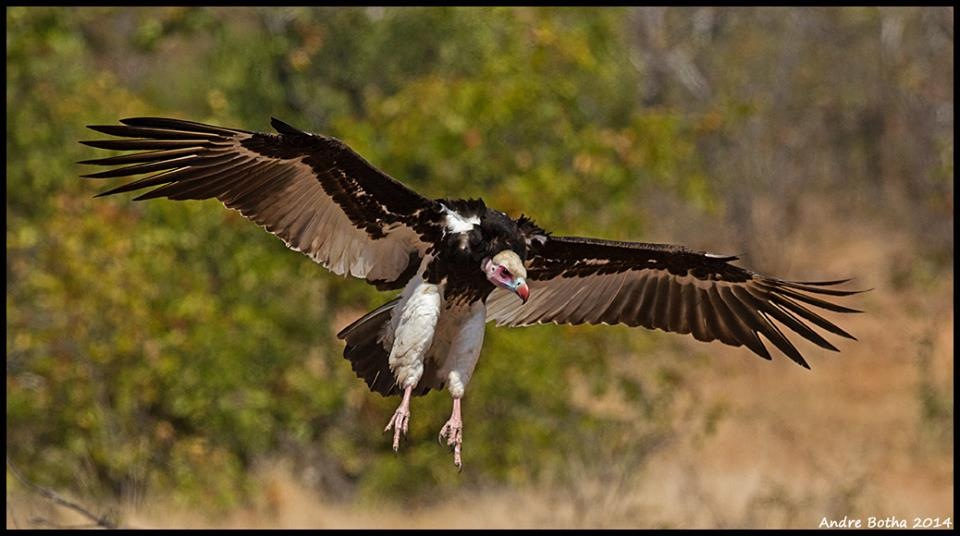 White-backed Vultures observations were submitted for Ethiopia this month; the wonderful image above was composed by Andrea Botha in 2014 and really captures the character of these important birds.

September saw good contributions for Zambia (thanks Andre Botha) and East Africa from Washington Wachira, Brian Waswala and Sidney Shema.  Andrew Jenkins has been very busy with the App sending in records from trips to Mozambique, Kenya, Tanzania.  Andrew teamed up with Munir Virani to conduct the annual Fish Eagle survey at Lake Naivasha and the ARDB App is proving a valuable tool for monitoring this population. This is one of the few ARDB activities that uses by boat as the survey method! 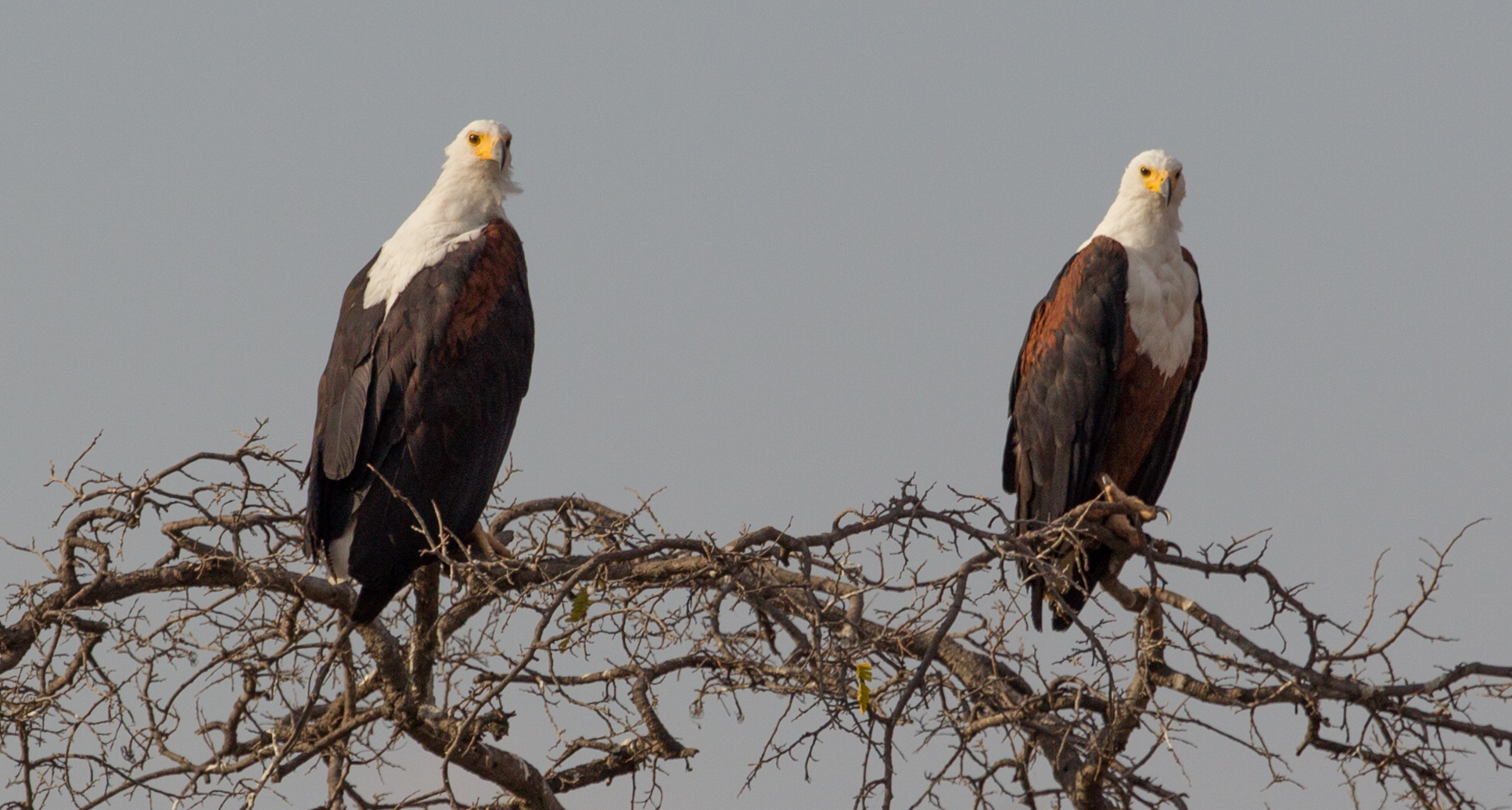 Rounding off a busy month, we had a query from regular contributor Clive Barlow as to which species of raptors and which African countries have little or no data in the ARDB. After some concerted effort Rob managed to extract the information from the data bank which may serve to focus the efforts of contributors in future months!

Whilst the following table shows the number of records for species that have been reported in reverse order of frequency:

The map below shows record count by country with under reported countries shown in yellow. 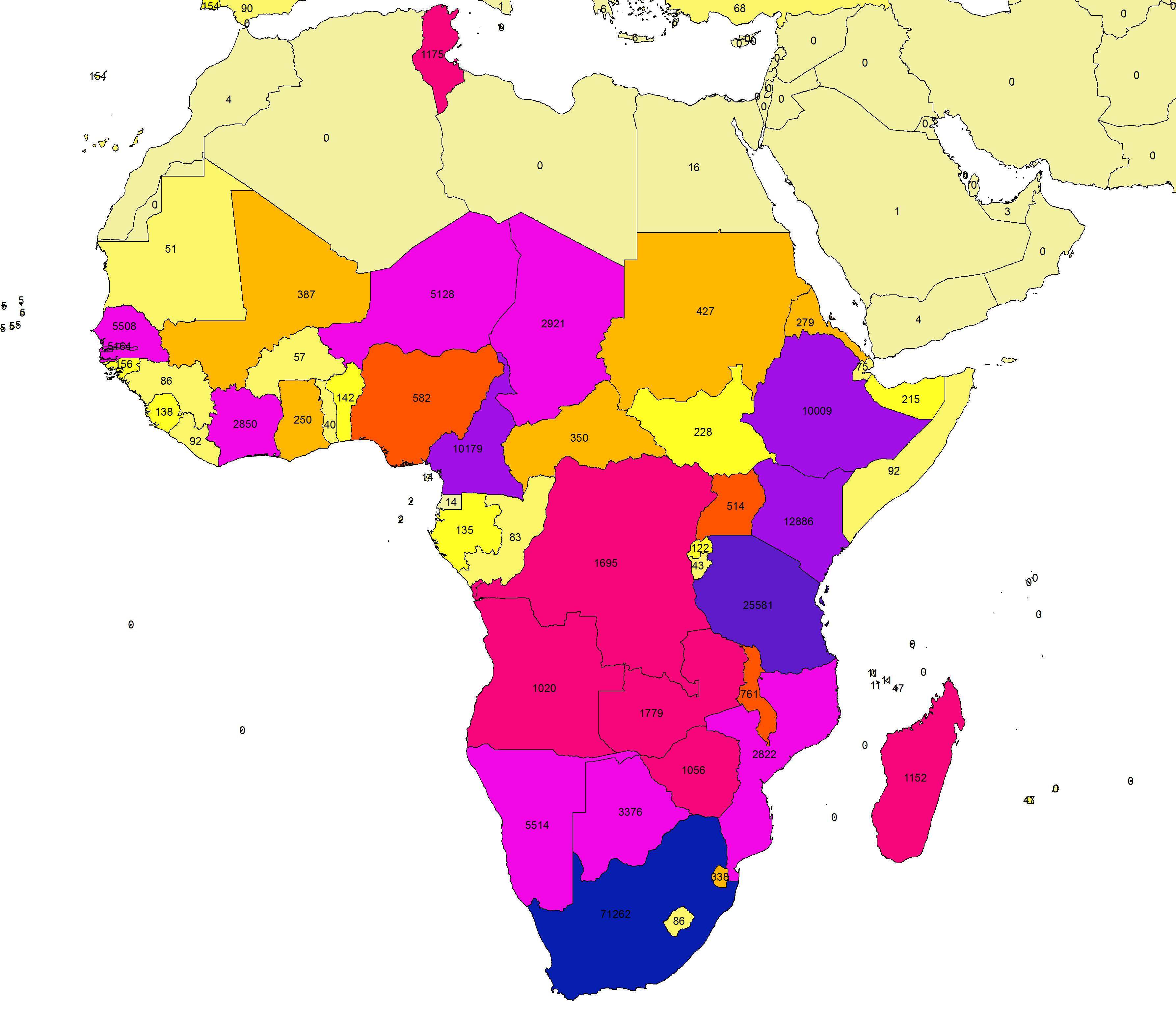