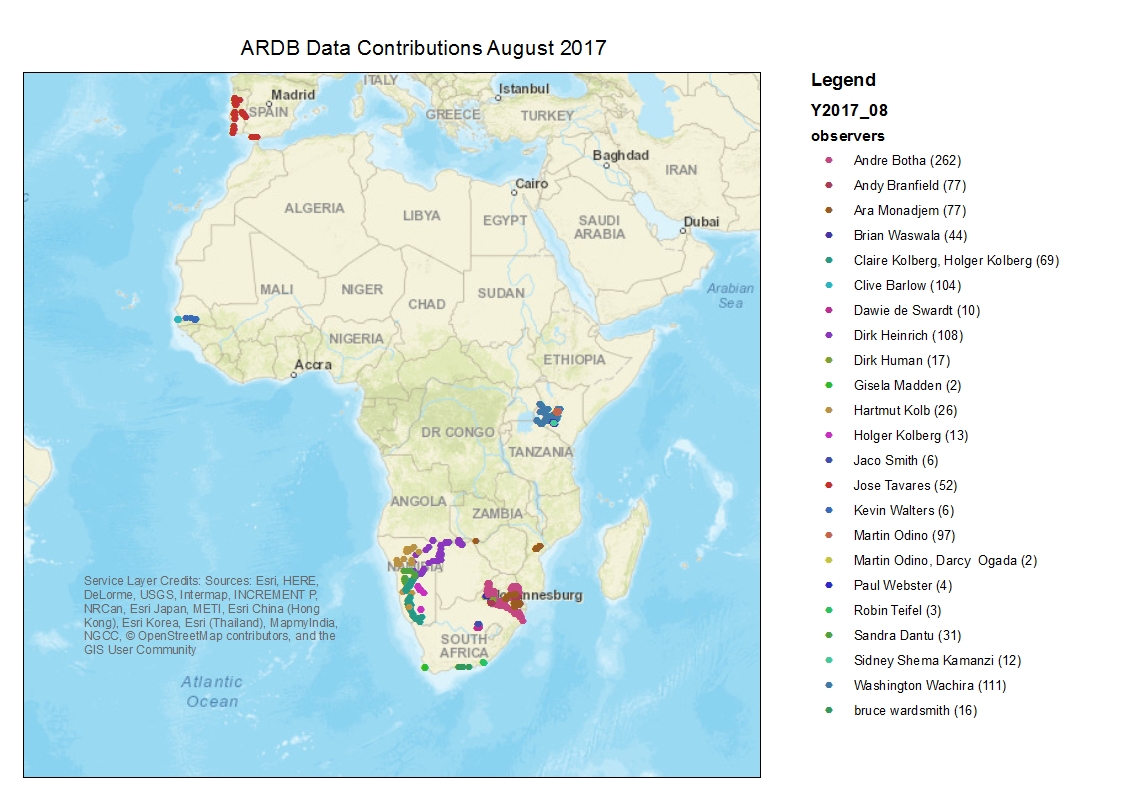 Records this month continued to be steady from regular contributors. Dirk Heinrich provided a good proportion of all records (108 records) with his incidental observations from north Namibia and the Caprivi Strip. A highlight from the Europe records this month was an incidental sighting of a Short-toed Snake Eagle in the dry coastal region of southern Portugal by Jose Tavares. This observation got me wondering whether these birds are residents in Portugal or migrate south to Africa for the winter; whilst on a trip during December in the same region of Portugal a few years ago, I remember being astonished by the sight of a buzzard-like bird hanging in the sky with a snake dangling from its talons. The photo of a Short-toed Snake Eagle below was beautifully captured by Rob Davies on its way back from Africa in southern Spain (Tarifa) Spring 2011. 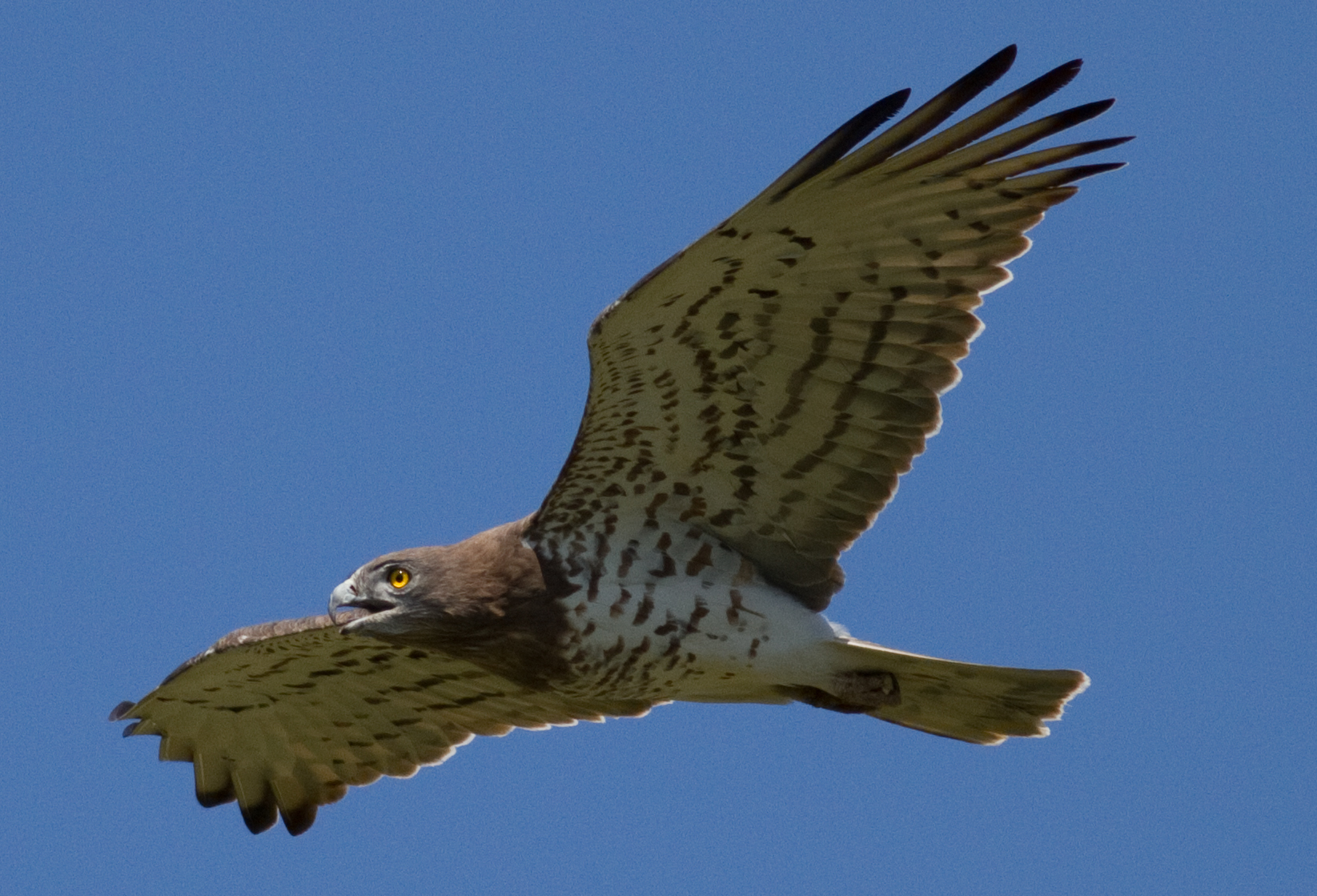 It is great to see records flowing in from our best raptor recording areas such as The Gambia (Clive Barlow and colleagues), western Kenya (Washington Wachira and friends), Namibia and South Africa (from all our stalwarts)

Records from Mozambique are precious and this month Ara Monadjem has supplied 77 new records.

Ara is a professor at the University of Swaziland whose main research interests are centered on the ecology and conservation of vertebrates, in particular birds and mammals. He is currently working on the conservation status and nesting distribution of birds of prey in Swaziland in fact he is the guru of raptors in this part of the world!  He is a widely acclaimed biologist with great specialist knowledge on bats as well as birds of prey.  Ara is a regular supporter of the ARDB and, with others, has played a prominent role in facilitating the mobilisation of satellite tracking data on vultures into the database.  We are lucky to have such talent working for Africa’s raptors.