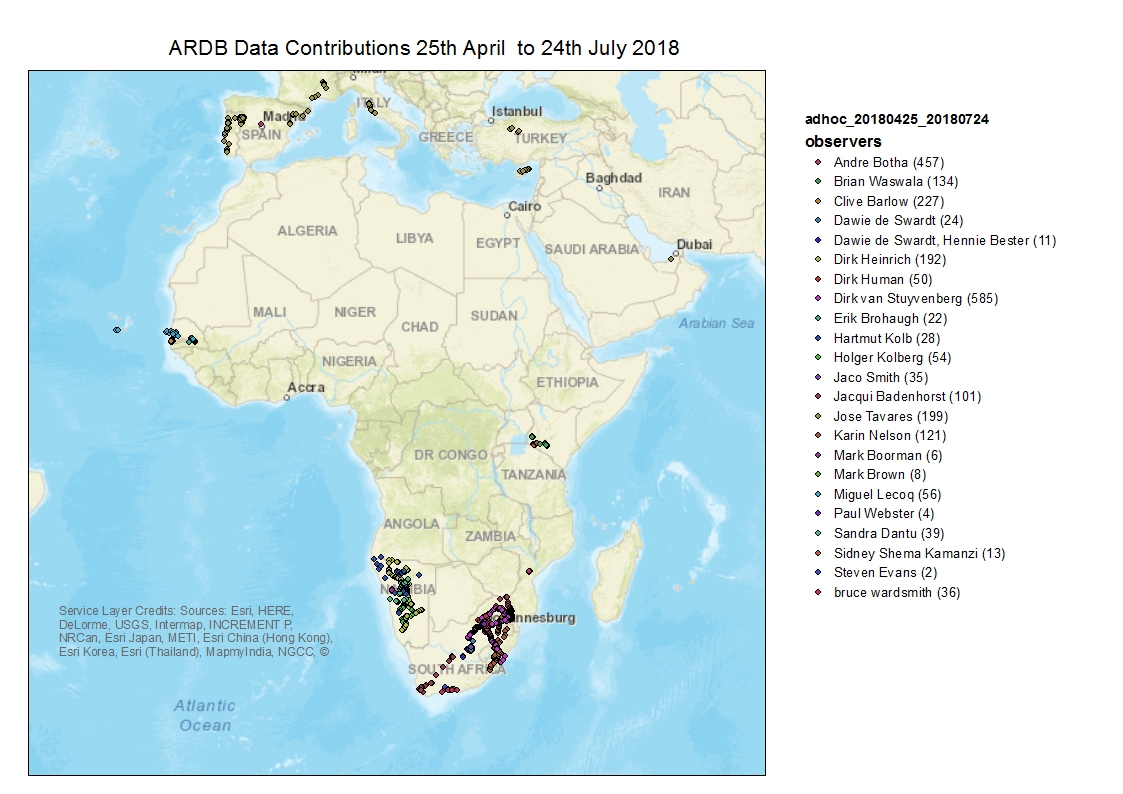 The most dominant country in terms of observations for the period was South Africa, accounting for almost half the total number of records (48%), whilst the next best coverage was provided for Namibia with thirteen percent of total records. Prolific contributors included Andre Botha (South Africa & Mozambique), Dirk van Stuyvenberg (South Africa) and Dirk Heinrich (Namibia).   Miguel Lecoq provided observations of a Barn Owl and a Eurasian Kestrel for Cabo Verde and a variety of species including the Palm-nut Vulture for Senegal, whilst continued good coverage was provided by Clive Barlow for the Gambia. Records for Kenya included a Crowned Eagle in the south west region during June provided by Sidney Shema Kamanzi and mainly Black or yellow-billed Kite throughout the period by Brian Waswala. Jose Tavares was active in Europe providing a total of 199 observations from Portugal, Spain, France, Italy, Turkey and Cyprus which included records of Booted Eagle, Eurasian Hobby and Cinereous Vulture.

It’s wonderful to see the fruits of everyone’s continued commitment to African raptors in the field- keep up the good work!

I look forward to reporting the next suite of observations…

All the very best