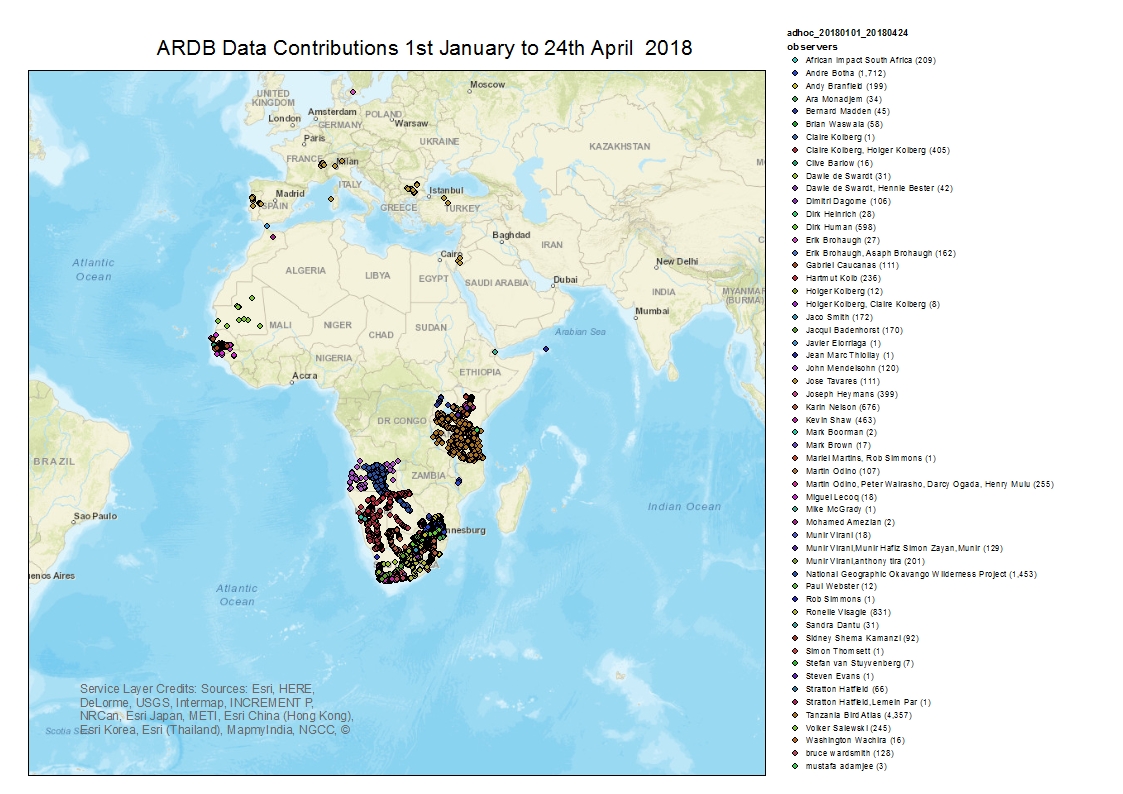 To name a few, highlights from the last few months included records from Malawi from Andre Botha, with observations of African Goshawk and Lizard Buzzard. Also Bernard Madden provided observations of various raptors from Uganda that included Palm-nut Vulture, Black-breasted and Brown Snake-eagles and Long-crested Eagle.  Large data sets also came in for Tanzania courtesy of Tanzania Bird Atlas (n=4357!  Thank you so much Neil!) and Angola and the Okavango via John Hilton of the National Geographic Okavango Wilderness Project (a generous open source open science initiative) and John Mendelsohn.  This is from John M’s email: A National Geographic project has been surveying parts of the Okavango Basin over the last few years, and have collected a wealth of data. I have their generous agreement to pass on all their raptor data, as attached. This amounts to over 1,400 records, most of them  from areas seldom visited by biologists…. If you want more information please contact Götz Neef who manages all these data for the NG project.  All credit for data should go to the “”National Geographic Okavango Wilderness Project – www.natgeo.org/okavango ”  All the best – John

p.s. John M did a lot of the digitising into the spreadsheet for us.