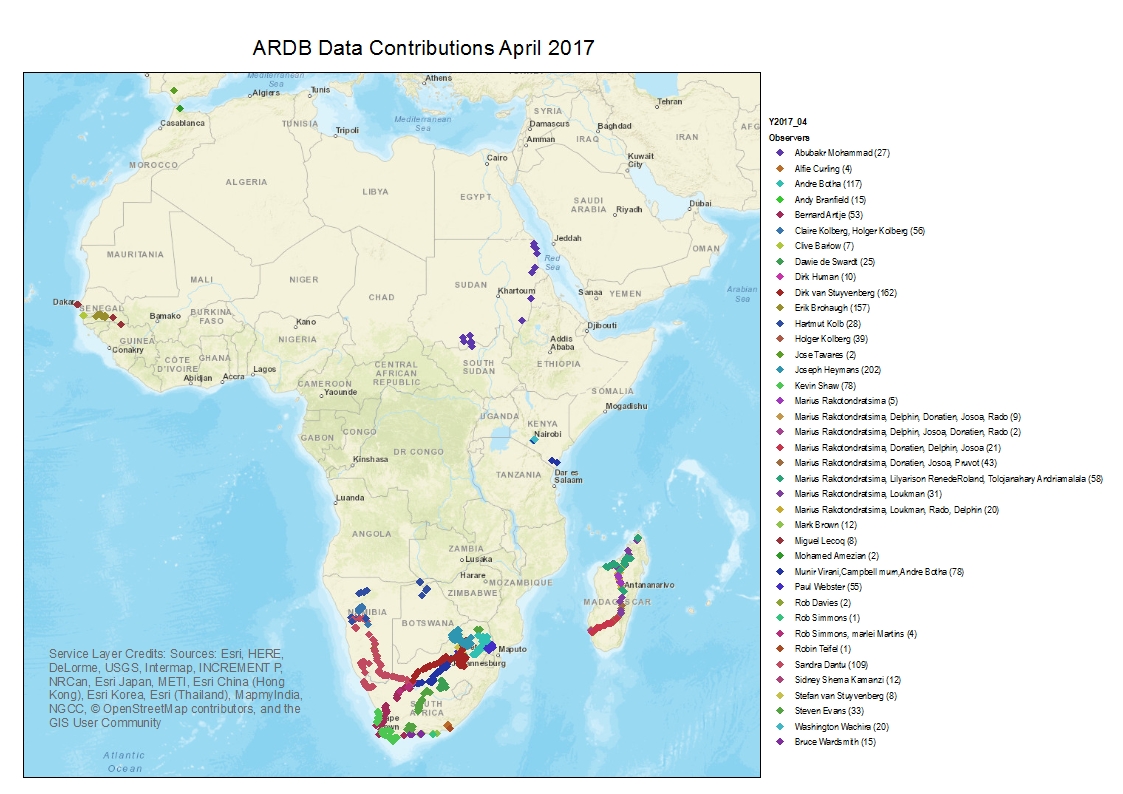 Observers continued to be busy during April sending in a total of 1562 records to the data bank, raising the ARDB tally from 163,130 to 164,988 observations; almost 165,000 observations now that’s a milestone to celebrate! The database has enjoyed a 20% increase in data since April last year and observations submitted during April this year were more than double the number for April last year. Raptor ambassadors give yourselves a high five!

Road surveys throughout Madagascar were carried out by Marius Rakotondratsima, Lilyarison Rene de Roland, Tolojanahary Andriamalala, Donatien, Josoa, Pruvot, Loukman, Rado and Delphin of The Peregrine Fund and the data submitted via the Android App. A wide range of species were recorded including the Madagascar Buzzard, Madagascar Hawk-owl, Madagascar Harrier-hawk and Madagascar Kestrel (pictured left) as well as  Peregrine, Sooty and Eleonora’s Falcons and Golden Eagle and Frances’s Sparrowhawk. 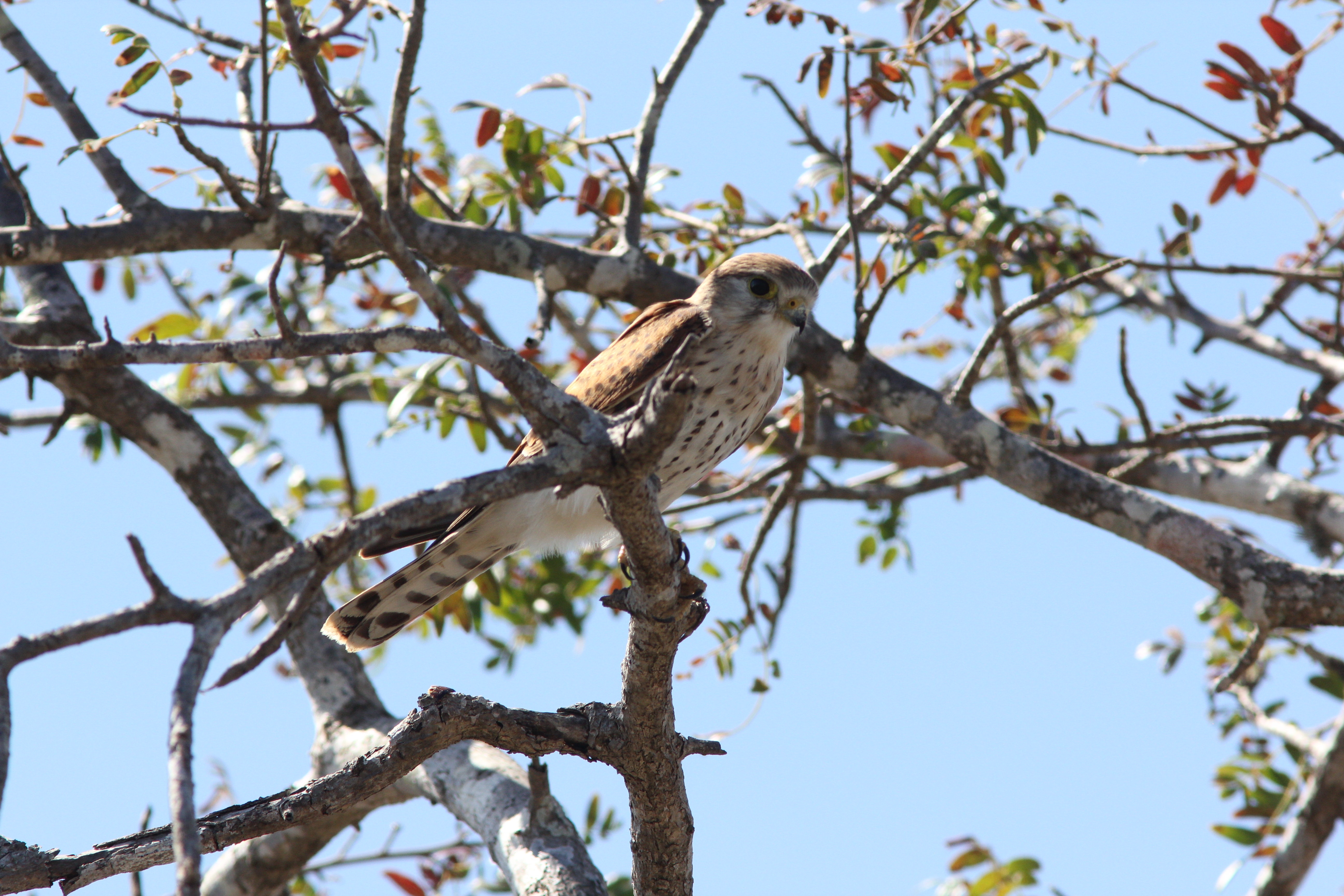 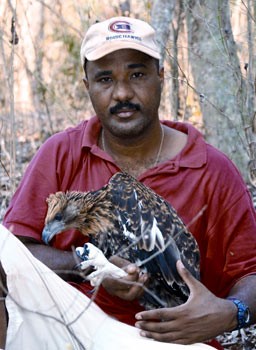 Dr Lily-Arison Rene de Roland (pictured left) is National Director for The Peregrine Funds Madagascar Project with a successful academic career. Back in 1992 he was the first Malagasy student to begin his DEA (Masters of Science equivalent degree) with the Peregrine Fund on “Raptor surveys on the Masoala Peninsula of north-eastern Madagascar”. Then in 2000 he obtained his doctorate (PhD) on “Ecology of three Accipiter species on Masoala Peninsula of north-eastern Madagascar” and in 2010 completed his post-doctorate on “Raptors and birds as conservation tools in Madagascar”. He has authored or co-authored over 20 publications on Malagasy fauna.

Lily’s main interests are in the biological and ecological study of birds, corridor study and working with local communities for habitat management and conservation.

Claire Kolberg and Holger Kolberg continued to submit observations of raptors throughout Namibia; this month included records of various species from the Otjozondjupa Region, west of Otjiwarongo City in the north and from a large area along the B1 in the south. Among the species observed was the White-backed Vulture, this was one of six African vulture species whose IUCN Red List statuses were up-listed by Bird Life in October 2015 as a result of range map work referencing  ARDB data.

Thank you and best wishes