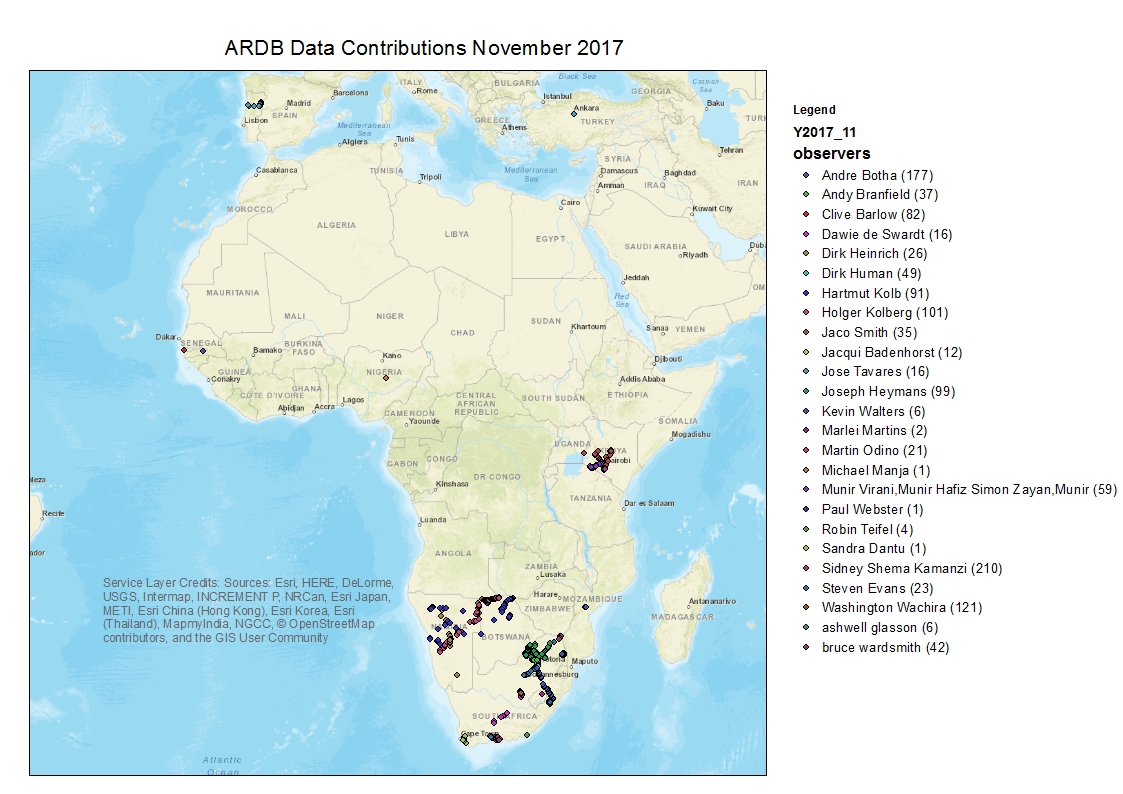 We were delighted to receive an incidental observation from Nigeria where Michael Manja recorded a Hooded Vulture. The last time we received data from Nigeria was in March 2017 and is relatively under-represented on the database. Andre Botha also submitted valuable observations from a road survey in the Gorongosa National Park, Mozambique, that included 4 vulture species – White-backed, White-headed, Lappet-faced and Hooded as well as other raptors. Notable records also came in for northern Botswana from Hartmut Kolb of various eagle species including Tawny and African Fish-eagle. Good coverage was also made by our regular contributors for Kenya, South Africa, Namibia and the Caprivi Strip and Senegambia.

We thought it was time we offered a profile of our most prolific ARDB contributor, and co-ordinator from inception for southern Africa.  Andre Botha , pictured below with a nestling Lappet-faced Vulture has been managing the Birds of Prey Programme of the Endangered Wildlife Trust (overseeing the amalgamation of the Raptor Conservation Group and the Vulture Study Group) until recently when he was appointed Overarching Coordinator of the Vulture Multi-species Action Plan in August 2016- a new and far-reaching global plan that has been put in place to protect 15 species of Old World vultures in 128 countries. This has been developed through close working with the CMS Raptors MoU, BirdLife International, the Vulture Conservation Foundation, and members of the Vulture Specialist Group of the IUCN.  Andre has many years of experience working with birds of prey and other wildlife in the field and enjoys a wide connection of colleagues across Africa and beyond.  He has been integral to the important training of field conservationists in recording the increasing incidents of wildlife poisoning and developing protocols for this.  Andre, together with Lizanne Roxburgh and Darcy Ogada have established the new vital African Wildlife Poisoning database on these incidents which is proving so useful in understanding where across Africa vultures and other wildlife are most at risk to this threat.  Latest records count from Andre is 41,909 which represents one whole quarter of our recent records in the ARDB!  Andre continues to use the app while on trips and has contributed our first records for Egypt and the Arabian peninsular.  Thank you Andre for being such a stalwart for our project! 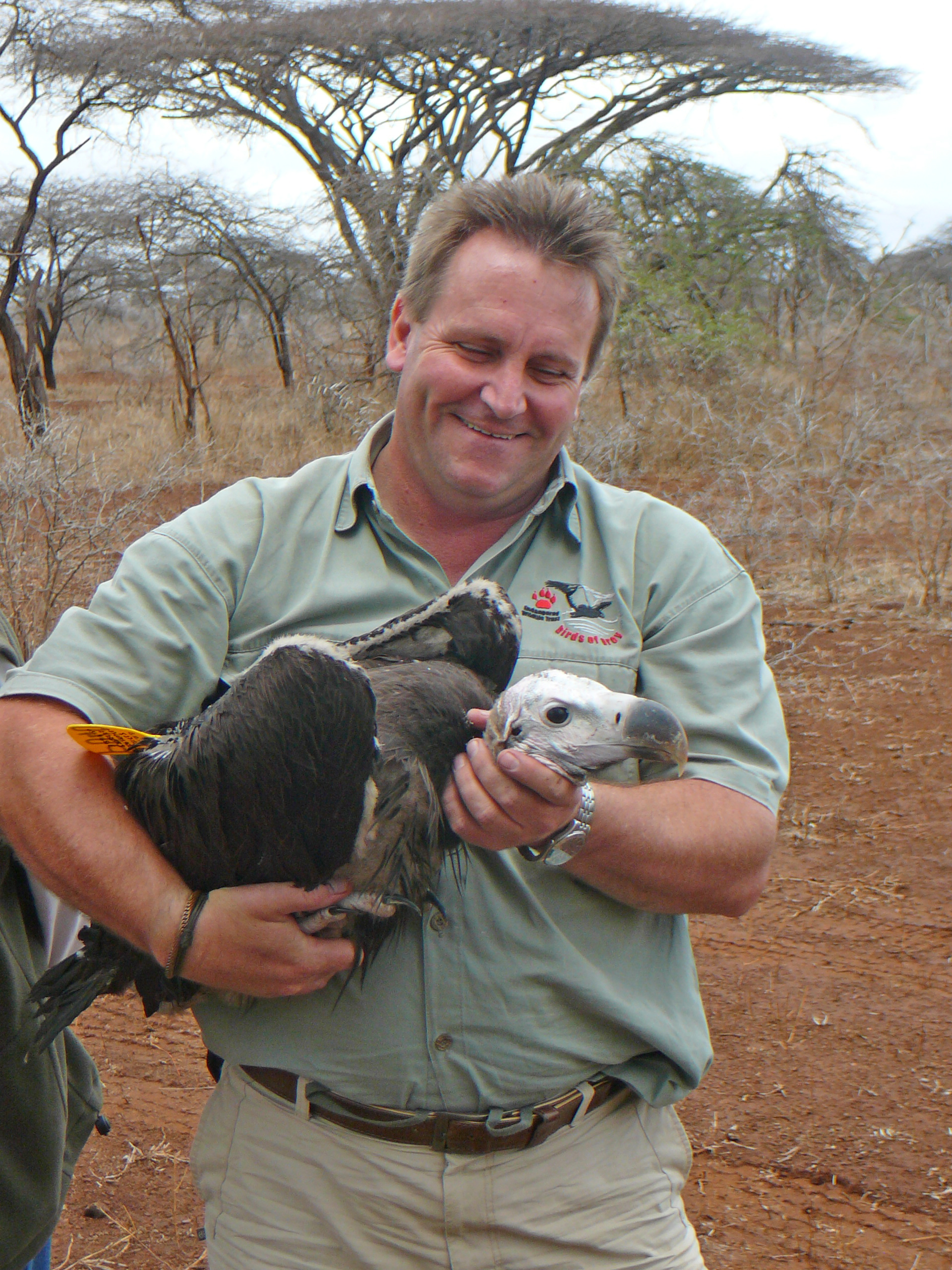 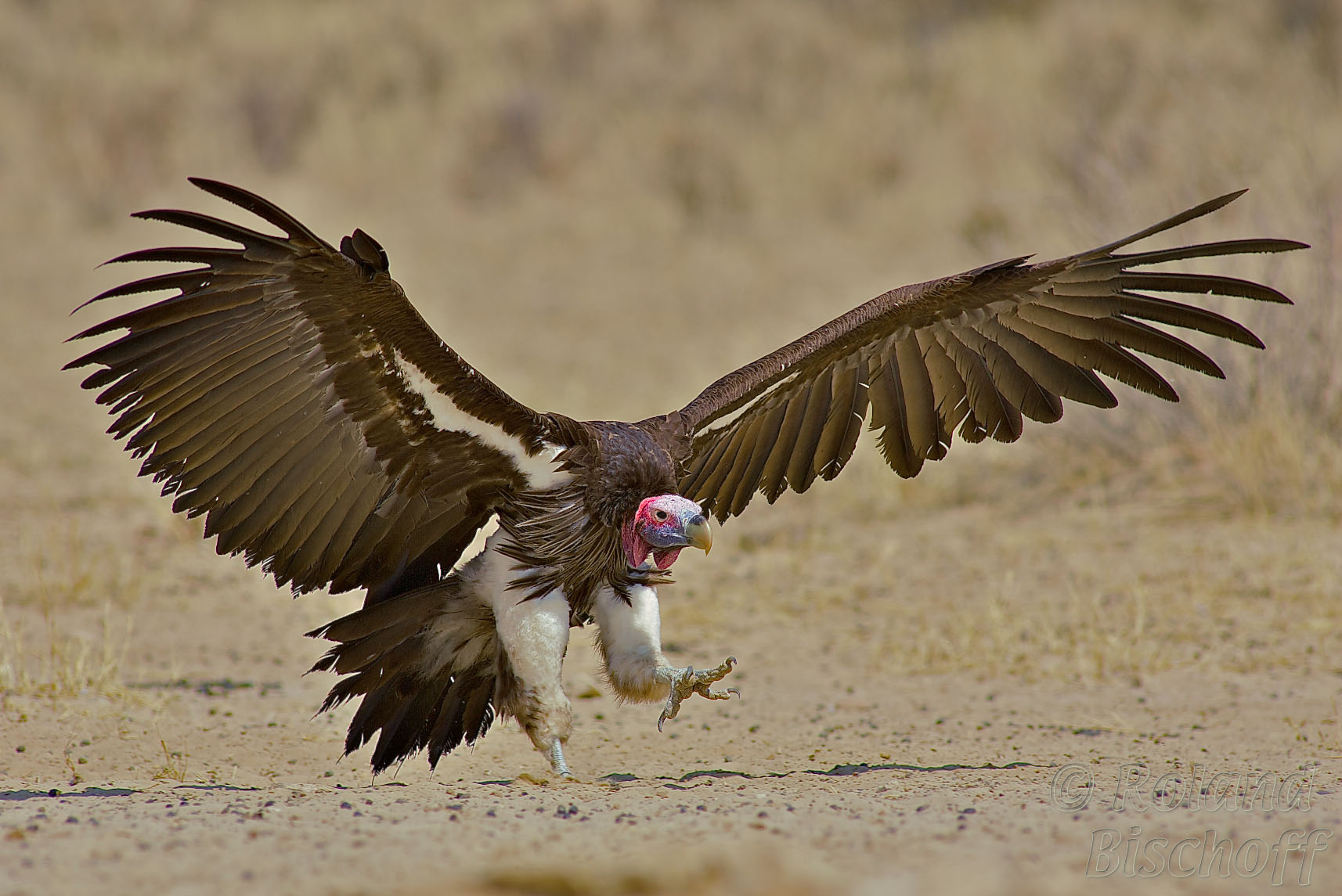 Wishing you all a very Merry Christmas!