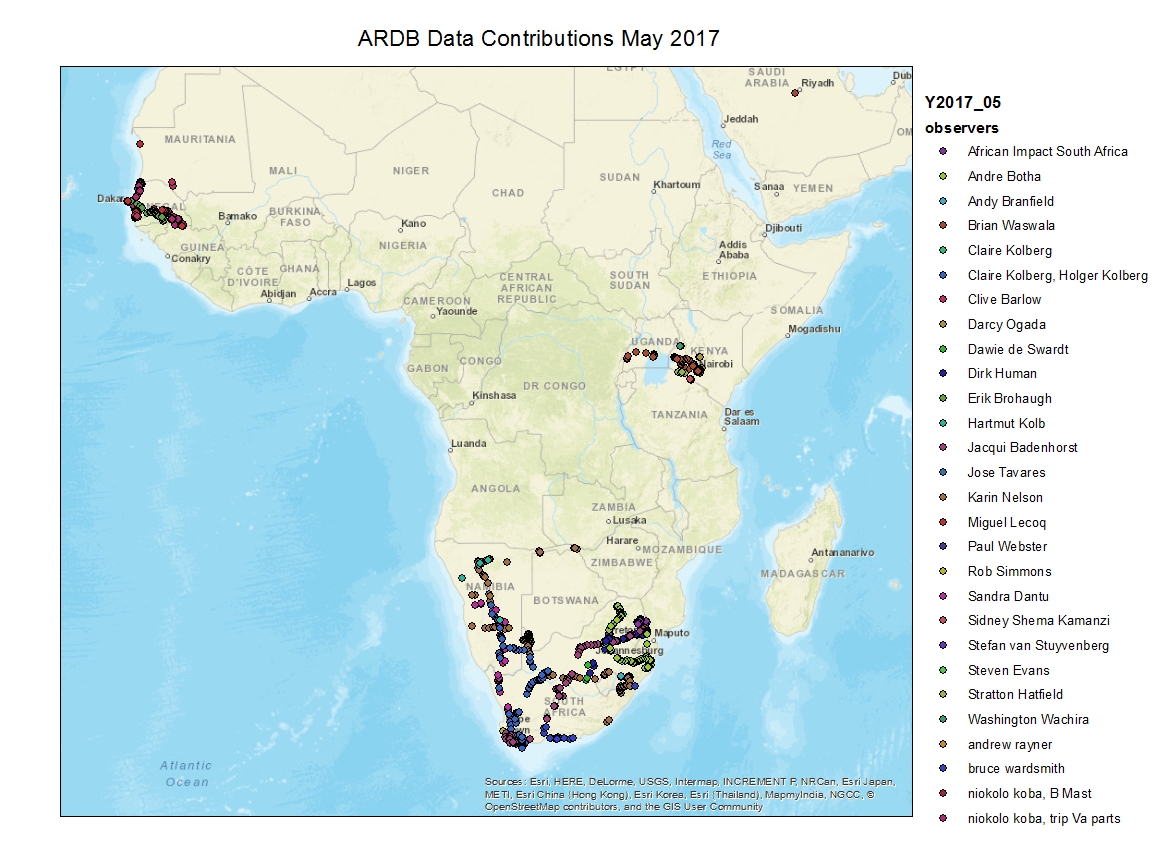 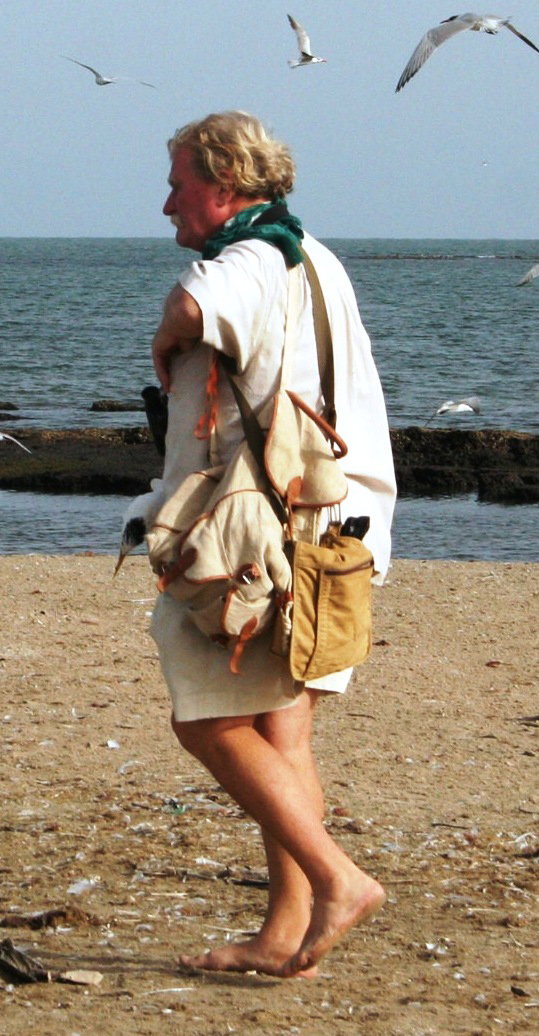 May proved to be an active month for contributors with double the number of observations for last month. Notable records came in from Brian Waswala for Saudi Arabia, not a country we often receive records from, of two unidentified owls via the android app.

Our regular contributor from Senegambia, Clive Barlow (pictured left) has been resident in The Gambia since 1984. He co-authored the Field Guide to Birds of the Gambia & Senegal and has published many articles, short papers and reports about Gambian ornithology. Now mostly involved in single species research e.g Nightingale and European song bird studies, vulture and raptor populations and gull migrations. Clive also organises and leads a variety of short tours for birders, photographers, sound recordists and film makers. He collaborates with the Department of Wildlife and Parks Management as well as universities, zoological institutions and private individuals. Our raptor image this month is of a Pearl-spotted Owlet and was taken by Casper Badenhorst; this species was observed and trapped for ringing by Sandra Dantu near Wiese, south of Windhoek in Central Namibia. 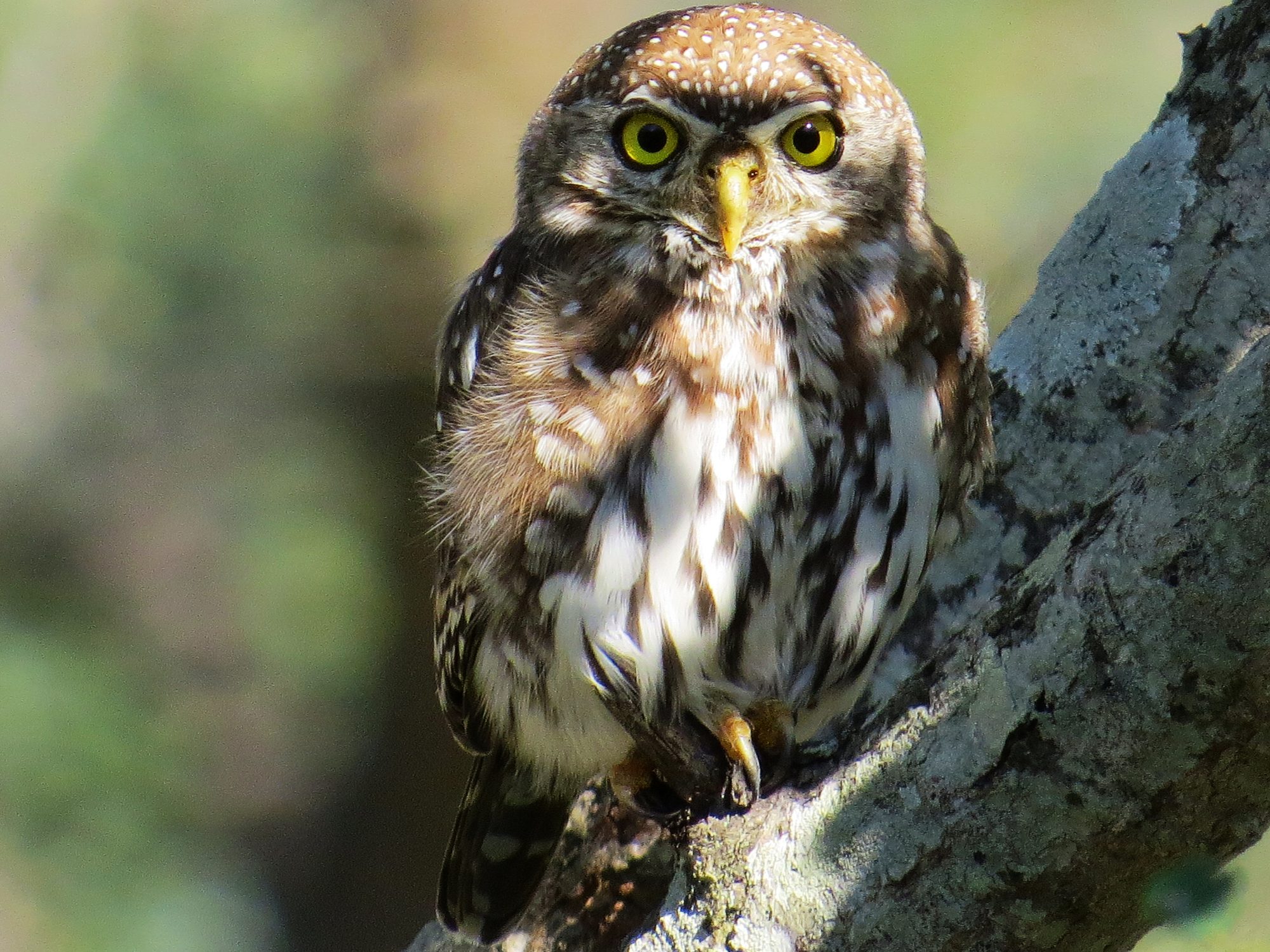