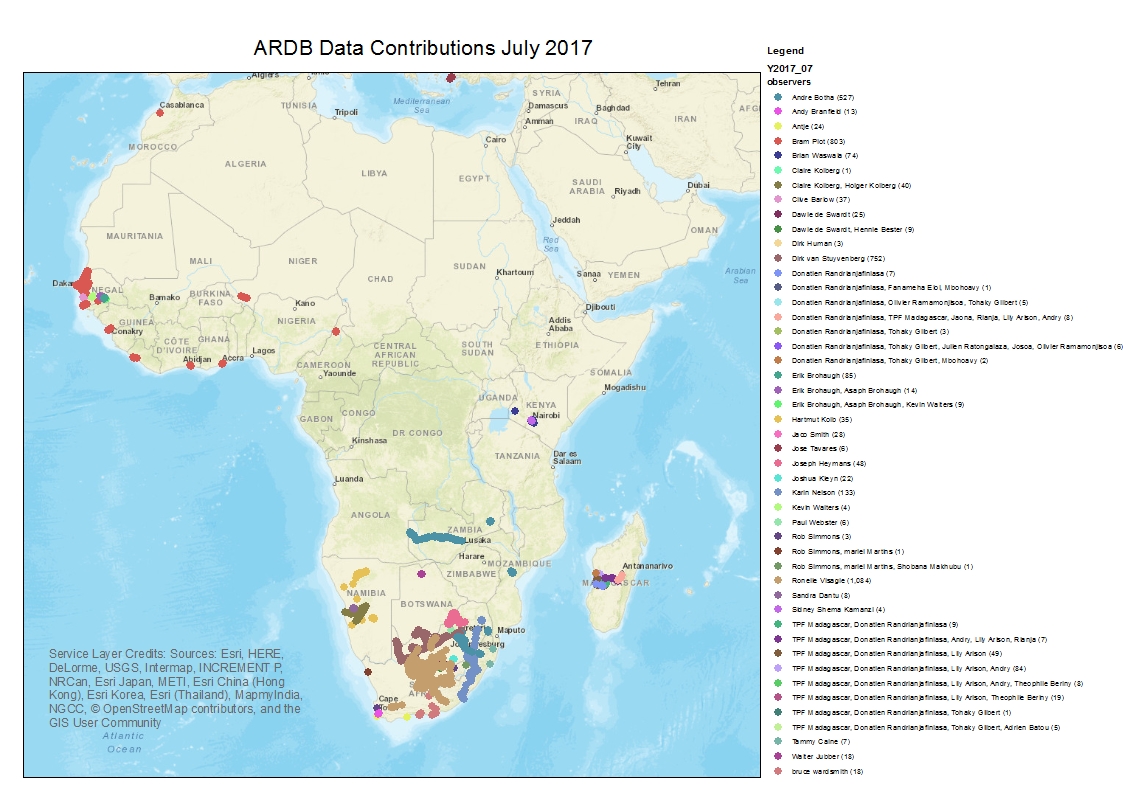 Clive Barlow asked us to tally up the number of Hooded Vulture sightings by country.  Top countries for this species emerge as Ethiopia, The Gambia, Senegal, Cameroon, South Africa and here is a graphic.  Of course these numbers are influenced by observer effort and the area of the countries. From Clive: Graham Greene apparently described the wet Hooded vultures he saw in Senegal as broken umbrellas. Great description.
We hope to show you more vulture results in the near future when the work for the MSAP becomes publicly available. 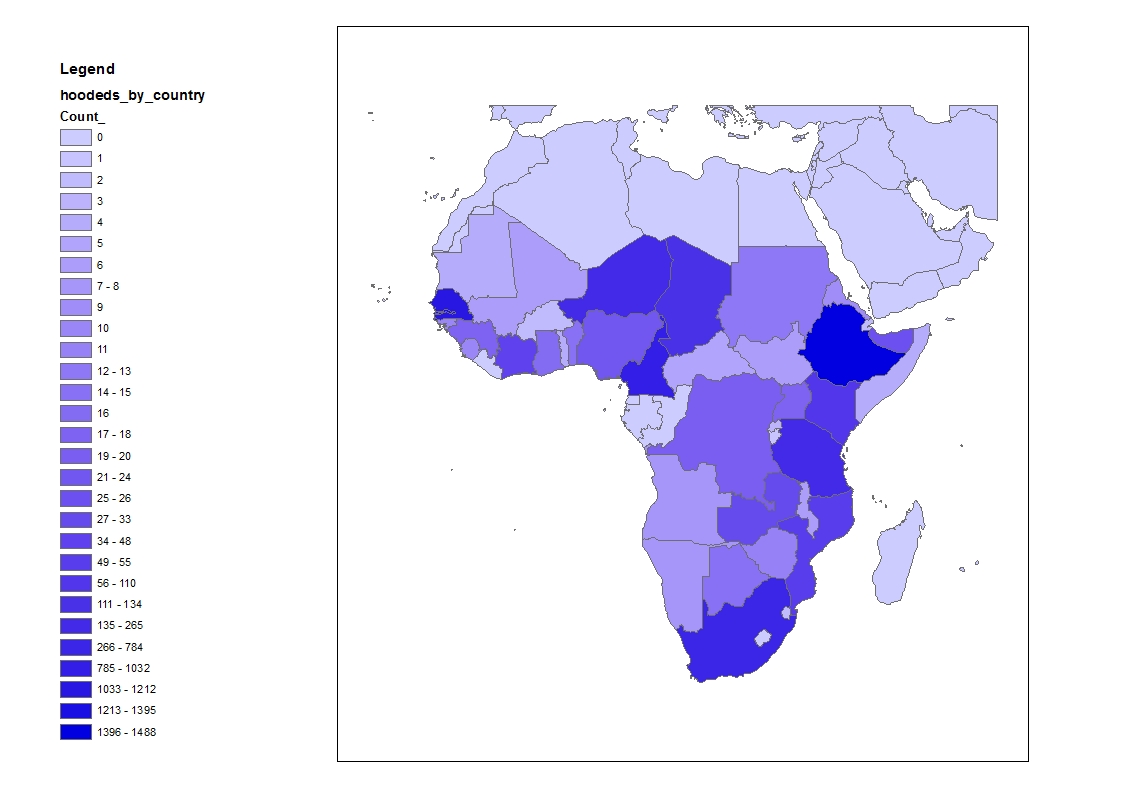 Keep up the great recording everyone!
Thank you and best wishes
The ARDB Team