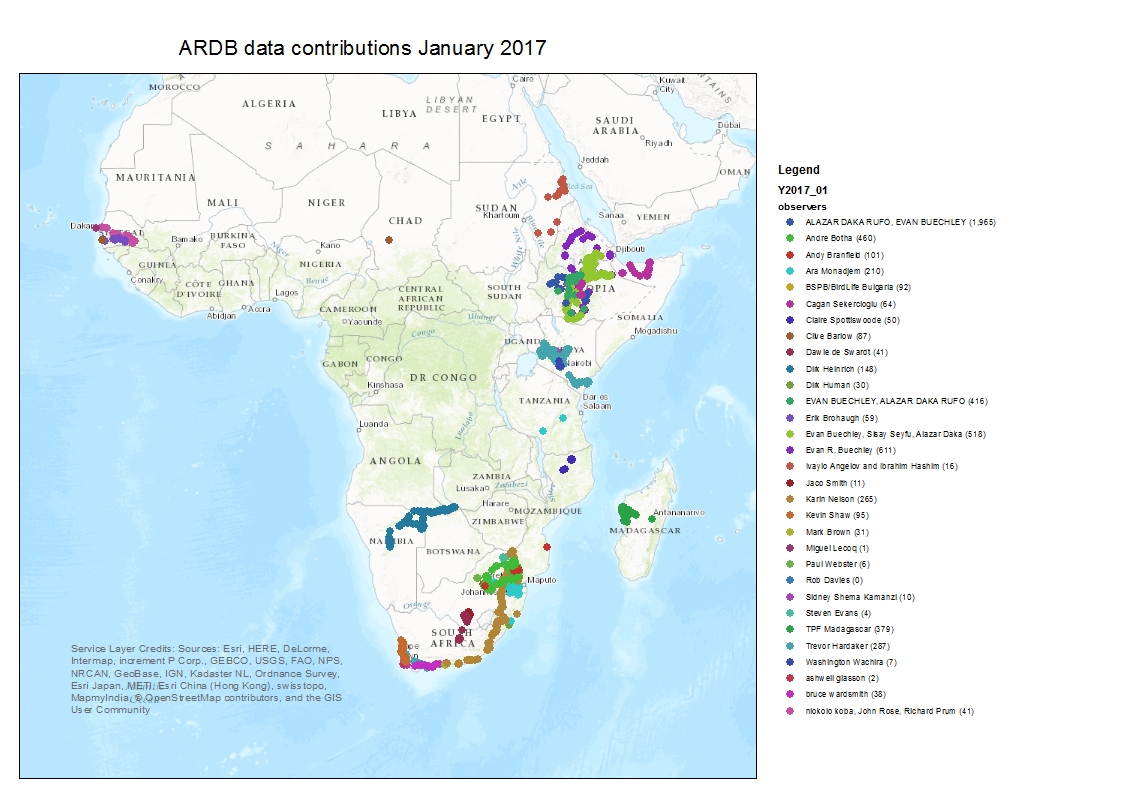 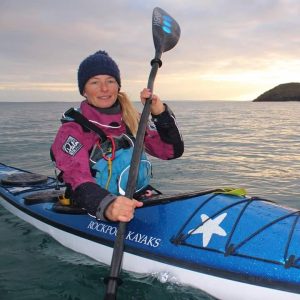 We have a new helper at the ARDB, Dr Lou Luddington who is able to come in and help with ARDB data and newsletters on Monday mornings. Lou is a marine biologist and obtained her PhD at Bangor University, North Wales with a study on the symbiosis of zooxanthellae living inside sea anenomes! Slightly different from African raptors but Lou is fascinated by all wildlife and has been a great help geo-referencing the poisonings database and traditional medicine markets in Africa for the vulture mapping project with Ralph and team.

She lives nearby here in Solva so it is a happy coincidence that she is available to help us load your data and get news out to you more regularly. Lou spends a lot of time in a kayak watching and studying local wildlife and writes regularly for ‘Ocean Paddler’ magazine. We are very fortunate to have somebody of her expertise and enthusiasm on board and she has already led to some improvements to our handling of data through the proforma spreadsheet. Lou has assembled the rest of this update.
There were several highlights to the data this month with observations coming in from far and wide. Dominating the observation table were Alazar Daka and Evan Buechley with a combined total of 3510 records from Ethiopia and Somaliland– more than half of this months’ total records. These are our first recent records for Somaliland!
Further records came in for Senegambia via Erik Brohaugh as a result of surveys organised around the 14th PAOC in Senegal, whilst the Android app was put to good use by The Peregrine Fund observers in Madagascar. Observers from South Africa including Andre Botha, Trevor Hardaker and Karin Nelson continued to provide valuable data for the area and Claire Spottiswoode used the iOS app to submit 50 observations for the Niassa area of Mozambique. Claire also shared the following fantastic photo of a Taita Falcon seen there which is possibly good habitat. Photo credit: Claire Spottiswoode. 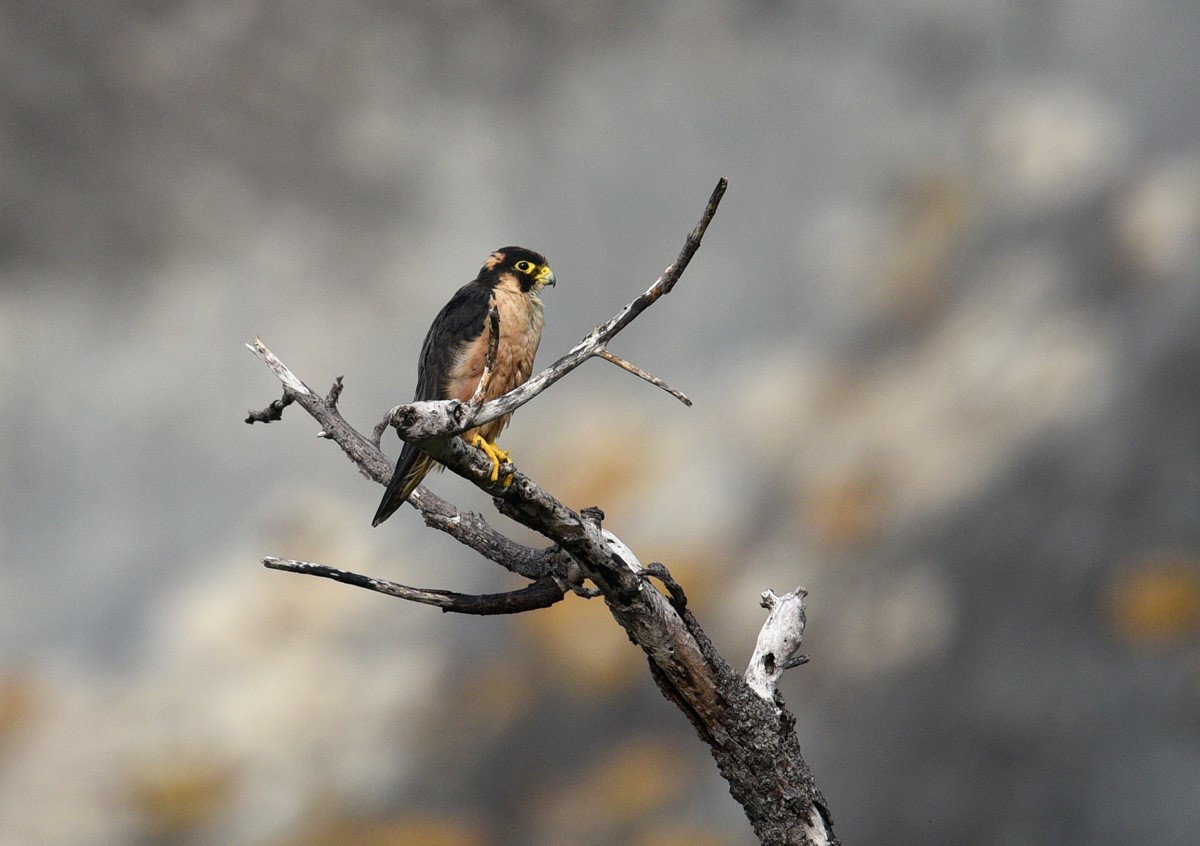 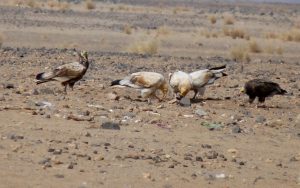 Both historical and current vulture observations have been requested by ARDB in recent months. In response we have received 2418 vulture observations this month (40 % of total observations for January) from various countries including 105 Hooded Vultures spotted by Clive Barlow; other vulture data for Sudan were extracted from Ivaylo Angelov and Ibrahim Hashim’s report “Birds of prey observed during vulture survey in North-east Sudan” and added to the databank by Dr Lou Luddington of ARDB.  With the help of Huyam Altayeb studying for her Masters in Conservation Biology at the FitzPatrick Institute we also managed to make contact with Abubakr Mohammad in January who has been doing surveys of Sudan fauna over the last couple of years.  Abubakr is sending us sightings information for six species of vulture in Sudan and also shared with us these fantastic photos of Sudanese vultures. 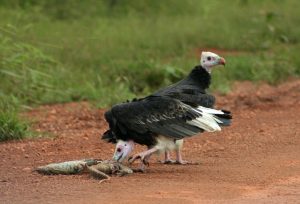 In an urgent effort to address the plight of plummeting vulture populations, Habitat Info has been working on habitat suitability prediction modelling for multi-species conservation of vultures in Africa. Researchers working throughout Africa have provided the ARDB with satellite tag data from 228 birds of eight African vulture species to make this possible. Analysed together with ARDB data we have been able to build a picture of stronghold habitats for vultures in Africa and also possible movement corridors in between these. Added to this were threats data from poisoning, poaching and trade in body parts so that a multi-layered model could be produced which will enable targeted conservation actions plans to be formulated for these imperiled species.

We have a couple of new tools for you:

Though a large percentage of the data submitted to the data bank now arrives via the mobile apps we do still receive data via spreadsheet entries. This data can now be added directly to the databank by observers using the Spreadsheet Sync Tool v3.0 (ARDB). The following link will take you directly to the map interface http://www.fluidfacades.com/jvex3/spreadsheet_sync_v3_1.html. By following the steps in our User Manual you can simply drag and drop your spreadsheet on to the map.