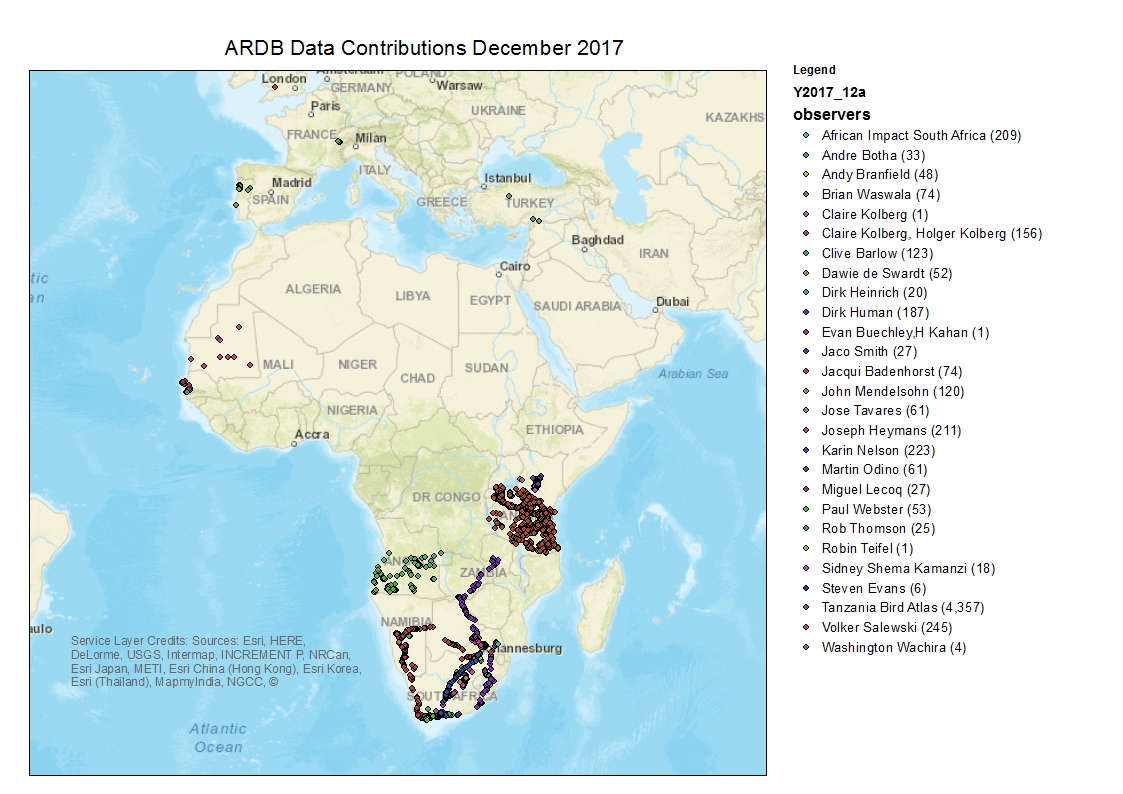 December was a great month for ARDB submissions  with more than 6,000 records logged; 70% of these records came from the Tanzania Bird Atlas team for 2015-2016 and show a wide geographical spread of incidental observations by car. Many thanks to Neil Baker for this wonderful set of data! Coming in from John Mendelson were incidental records from 2012-2018 spread throughout Angola- a country for which we have few records, so much appreciated. Birds observed included Palm-nut Vulture, African Scops-owl and 200 Red-footed falcon. 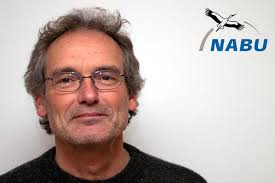 Another huge highlight came from Volker Salewski (pictured left) on Christmas day for Mauritania , not only proving the dedication of our contributors but providing valuable observations for an under-represented country. Two hundred and forty five incidental observations on foot were logged from between 2001 and 2004 which included sightings of Pharaoh Eagle-owl, Booted Eagle and large numbers of Black Kite. Volker is based at the German conservation charity NABU and is scientific assistant of the EU Life project Limosa. This project was established in 2013 to save the Black-tailed Godwit, considered to be the most endangered group of birds in Germany. Volker regularly contributes data for countries in west Africa- many thanks Volker! 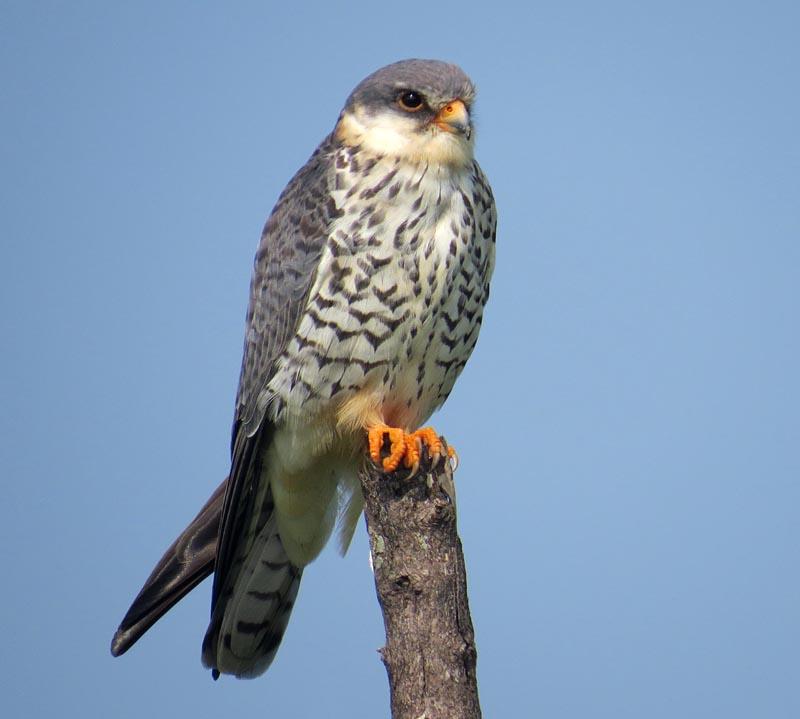 Continued contributions arrived for Namibia and western South Africa (Dirk Heinrich and Clare & Holger Kohlberg) as well as Zambia and Botswana (Karin Nelson) to name a few.Pictured above is an Amur falcon which was recorded in various countries this month including Zambia by Karin Nelson and South Africa by Andre Botha and Joseph Heymans.

It is truly marvellous to complete another year of ARDB recording on a high generated by the continued energy and support of all our contributors. Thank you all so much!

Happy New Year and keep up the great work in 2018!